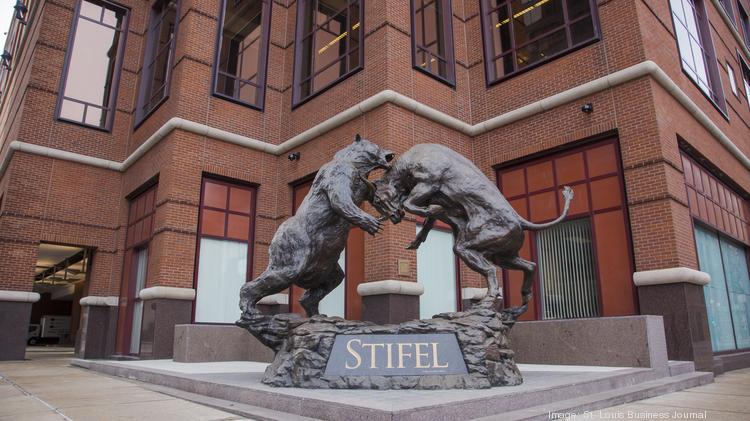 It isn’t a secret that Stifel has been on a recruiting tear. A run that stretches back two, maybe two and a half years. A massive pivot for the firm from being, at best, opportunistic with their recruit hires, to being methodical, and ultimately dominating the recruiting arbitrage game.

What do we mean by ‘recruiting arbitrage’ exactly? The recruits and assets that are brought into the firm versus current Stifel advisors that leave the firm. By that measure (and total AUM recruited in 2018/2019) Stifel is beating everyone. And they are doing it in a way that de-emphasizes the size of the recruiting check – while emphasizing culture. A difficult two-step in today’s wealth management environment and ‘seller’s market’.

Stifel currently competes with two firms for talent that can essentially offer recruits 500% deals. Wells Fargo and Rockefeller. Just go check their profiles on our recruiting page. Stifel’s numbers ring in at anywhere from 200% – 250%. Remarkable.

So what is the secret sauce? What, or who, is it that started and continued this historic surge for Stifel?

We could point to Stifel’s long-tenured and highly respected CEO, Ron Kruszewski, for starters. Ron has spent 25 years rocketing Stifel away from its one time contemporaries like Baird and Hilliard Lyons. Stifel no longer compares to either of those firms in any reasonable manner; rather they are a legitimate nationwide presence after building reputations of scale in research, wealth management, mergers and acquisitions, and banking. Ron has provided the leadership and vision for all of it.

But we are talking about a huge pivot in wealth management recruiting. A pivot that saw Stifel from having limited strategy to becoming the outright leader in net recruited assets across the industry in 2018 and 2019. That’s a really big deal.

So here’s the name you need to be acutely aware of (hired by Ron Kruszewski in early 2016) and the architect behind Stifel’s recruiting dominance that began in mid-2017… John Pierce.

John has a history of recruiting and management success across the industry that has spanned better than 25 years – first at Merrill Lynch, then at Ameriprise (building out there initial recruiting infrastructure), and now to eye-popping success at Stifel.

The numbers speak for themselves, as do a few of John’s colleagues, who we spoke to on background about the process and results that have followed him to Stifel. First the numbers:

Per media reports – Stifel recruited ‘net’ assets under management of +$17B in 2018. Stifel’s momentum and John’s implementation carried over into 2019 with an even stronger net assets year that rung the bell at +$19B. A tally that totaled nearly $36B in two years. Staggering for any firm, much less a firm that used to be categorized as a ‘regional’ with a passive interest in recruiting.

To be clear, Stifel has always had a culture of retention. They simply do not lose many advisors based on their culture and never changing comp grid. Those were attributes that John Pierce used to his and the firm’s advantage to really ramp up the narrative that proceeded this recruiting run. Smart move.

To back up those results here are a few comments from a couple individuals that have worked closely with John at Stifel over the past three years:

“John brought structure to what most of us were doing sort of ‘ad hoc’ out here in the field – and made us accountable. Some didn’t like it at first, as you can imagine, but we all needed a kick in the ass. Results matter, and putting together a formula that’s worked, nobody has any issues now.” – via a Stifel contact in Texas.

“I’d sum up John’s time at Stifel like this; tireless worker and committed to his process. And it has worked. If the process works there isn’t any real argument against it. He shook things up pretty good when he arrived, and was backed up by Ron (Kruszewski), so we knew this was for real. Following up the Barclay’s purchase with his hire was smart, really, really smart.” – via an east coast Stifel contact.

We spoke to a couple more Stifel contacts about the recruiting success and John Pierce’s leadership, and the responses were nearly the same as above. Results matter, and he has delivered.

It will be interesting to see how 2020 turns out as the wires are back in the game with out sized recruiting deals and an appetite to end their losing streaks. The difference is this though, it is much easier to sustain momentum and narrative in wealth management recruiting than it is to build it. Pierce and Stifel have a leg up on the coming wirehouse horde.